Q:Describe a group of people at work

I hope you reply back

First of all, let me just say thank you. The Nardvark is very excited to hear that you like his essays.

Despite your complete lack of punctuation, massive Nardvark fan, that's actually a good question. The Nardvark has posted a lot about narrative compositions but not so much for descriptive compositions. Well, actually, the Nardvark has made a lot of unpalatable sandwiches while his alter ego, the Nerdvark, did the actual posting, but that's irrelevant to today's post, which is:

2. So if you're not supposed to tell a story, what ARE you supposed to do? You're supposed to create an image in the reader's head. Think of it as the exposition part of a story: you have to set the scene, but don't go on to tell the story. Or think of it as a page out of a novel that just seems to be one big, long paragraph about the main character's grandmother's moles. In fact, when you're reading a novel, you're probably tempted to skip over those pages. But if you're in IGCSE First Language, DON'T, for the love of Kevin Spacey, skip over the long, chunky descriptive passages! Read them carefully and try to emulate the style in your descriptive writing tasks.

Whew, tip number two was a doozy. And you still probably aren't really sure how to do descriptive writing. "What do you mean, create an image in the reader's mind, you crazy Nardvark?" you are probably asking by now.

3. Imagine you're standing in the middle of the scene you're describing. Without moving from your location, look around you. Describe everything.

4. Use imagery. Imagery comes in many forms: as well as describing what you see (visual imagery), you should also describe what you hear (aural imagery), smell (olfactory imagery), feel (tactile imagery), and taste (gustatory imagery.) To learn all about these five kinds of sensory imagery, click here.

5. Use adjectives. So instead of saying there's a house, say there's a two-story sky-blue house. See? You're already getting a mental image of the house. 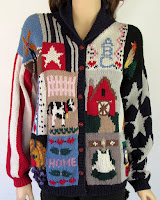 6. Use figurative language, like metaphors, similes, and onomatopoeia. For example, instead of saying someone's sweater was uncomfortable, say it was like wearing a walrus skin. See? You can really imagine a scratchy, hot, heavy uncomfortable sweater.

7. Use imaginative vocabulary. For instance, instead of saying someone ran, say they sprinted, jogged, flew, scampered, or trotted. See? Each of these words gives you a different picture of how they ran. 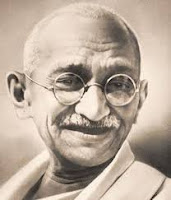 8. DON'T use vague words. So, instead of saying someone is nice, say they're generous, thoughtful, or kind-hearted.

9. DON'T use cliches, or over-used words. For instance, instead of saying someone's sleeping like a baby (Come on: anyone who's ever had a baby knows that babies wake up screaming at all hours of the night, anyway!) say they're sleeping peacefully with a calm expression. 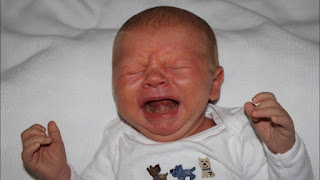 Look at an object in your work space. Without saying what it is, describe it thoroughly -- describe what it looks like, what it smells like, what it feels like, what it sounds like when you throw it against the wall (theoretically), and what it tastes like (possibly what you imagine it tastes like. The Nardvark doesn't want you to get salmonella for the purpose of this exercise!) Use adjectives, figurative language, and imaginative vocabulary in your description. Post your description on your favourite social network and ask your followers if they can guess what you're describing. If they guess easily, you win! Do this with your classmates so everyone can practice their descriptive writing.

So, patient Nardvark fan, that finally brings us to your original question: "Describe a group of people at work." Easy! You probably work at McDonald's, so tell us all about those pimply, uncomfortable uniform wearing, non-English speaking coworkers of yours. But wait; since you're a student, you might not have a job, in which case this is going to be difficult for you. Have you ever been to "take your kid to work day" with your mom, dad, granny, or weird predatory uncle? If not, and you still don't have a job (get a job, kid!) then what you need to do is find an excuse to lurk around in the door of the teacher staff room for about ten minutes and drink in everything you see/hear/smell/taste/feel. Then run and jot it all down in your English notebook in point form. Now you have plenty to write descriptively about. 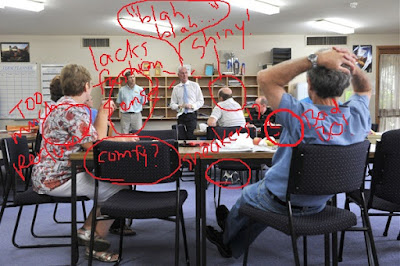 Think you've got what it takes to ace this practice question? Help a fellow Nardvarkian out and post your descriptive writing in the comments below!